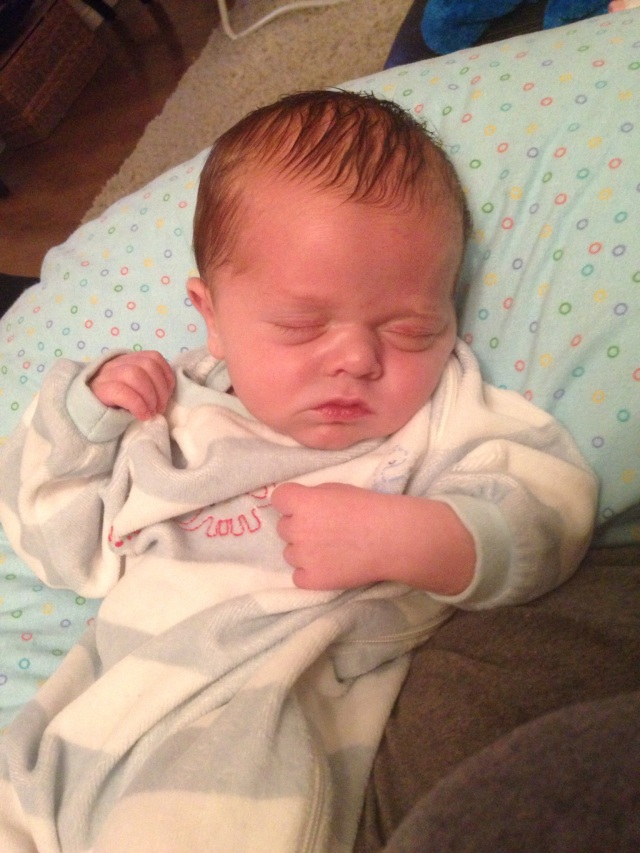 Baby boy has arrived! He was born just before midnight on October 21st. 11 days later! Birth did NOT go as planned but I am not disappointed or upset. I just snapped this quick photo right now. 🙂

One concerning thing is that baby boy is breathing at a rate that is faster then normal. We were kept in the hospital longer and now are home with a promise to watch him closely. He has had x rays, blood tests and many scans and tests which have all come back perfect. The only problem is a fast breathing rate. Us mommies are keeping it together but I’m not going to pretend it’s not stressful. We have had phone consults with a paediatrician and a neonatologist who both recommended we keep him at home but monitor him closely. They don’t feel it’s essential that we come to see them unless it changes. He doesn’t appear to have any distress with breathing, it’s just fast….. I guess the stresses and worry of being parents have begun!

I will update later about all the firsts……he just had his first bath and his hair is sticking right up and curly. It is very very cute. I will also write the birth story about how out little man came into this world. 🙂

This entry was posted in Uncategorized. Bookmark the permalink.